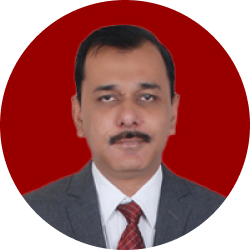 Abhisheka brings to the table an unique experience of being the founding team member of a new generation Micro Finance Company and Small Finance Bank in India. He has proven expertise in funds planning & mobilisation, management reporting, business planning and managing investor relations.

Prior to Sindhuja he was the CFO of Utkarsh Small Finance Bank Ltd. and the founding member of Utkarsh Micro Finance where he as part of leadership team steered the start-up to a major MFI & then to a SFB. Prior to his more than 8 years journey with Utkarsh Micro Finance and Utkarsh Small Finance Bank, he was with ICICI Bank for more than 4 years. He also had over a year’s stint at Friends of Women World Banking where he worked closely with more than 35 MFIs across India.

He is alumnus of St.Xavier’s College, Kolkata and Institute of Rural Management, Anand (IRMA). 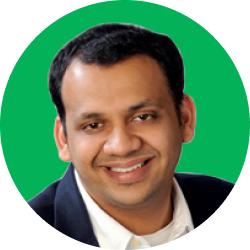 Abhishek Sharman is Founder and Managing Director at Carpediem Capital Partners , an SME focused private equity firm targeting investments in consumer and services focused themes. Mr Sharman was previously Principal at India Equity Partners, a $350Mn India focused private equity fund. During his tenure at IEP, he worked across diverse sectors such as Healthcare, Education, Managed Services, Consumer and Financial services. Mr. Sharman has served on the boards of Ikya Human Capital Solutions, ILFS Education, Sagar Ratna Restaurants, RG Stone Hospitals and Axiss Dental and also played key role in IEP's investments in Coldex and Manappuram. Prior to IEP, he was an investment professional with SUN Group, a private equity firm focused on emerging markets, primarily Russia and India, with $2Bn in investments.

Mr. Sharman has close a decade of experience in private equity and has played a key role in investing, portfolio management and exits across more than 15 companies. Mr. Sharman serves as a member of economic affairs sub-committee of the Confederation of Indian Industries (CII). Mr. Sharman received a management degree from Indian Institute of Management, Calcutta and an engineering degree from Indian Institute of Technology, Delhi. 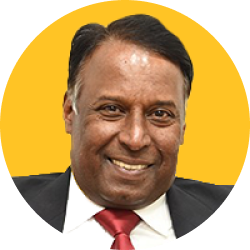 Mr. Arvind C Nair has over 35 years of operating and private equity experience across retail and consumer products companies. He provides guidance and mentoring to the investment team. Further, he is a key strategic advisor and mentor to the portfolio companies and their CEOs. Arvind Nair himself has been CEO of various well regarded Indian consumer companies and has cultivated strong relationships while building an extensive network of industry partners.

Mr. Arvind C Nair was previously Managing Director of Domino’s Pizza India, where he re-invented the business model, and restructured the team to achieve a remarkable turnaround of the business. He was responsible for differentiating the Domino’s Pizza brand by introducing to India a 30-minute delivery guarantee. Prior to this role, he was the global CEO of Jumbo Electronics Dubai, where he managed 18 divisions across multiple locations. As the Managing Director of DLF Retail, he led efforts for mall development and management of 20 malls, and launched DLF Emporio, India’s leading luxury mall. 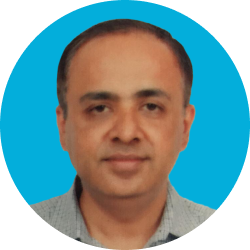 Diwakar Pundir has experience of more than 18 years in the Banking & NBFC industries with specialization in Risk Management & Underwriting in SME & Mid-Market Segments, across products like Working Capital & Term Loans, Business Loans, Home Loans, Loans Against Properties, Personal Loans, Construction Equipment Finance, Loans Against Liquid Securities, etc. He was the Chief Commercial Credit Officer and a Member of the Senior Management Team at Bajaj Finance Ltd (BFL). He has also worked in Citi Bank and ICICI Bank. In 2019 he founded STFT Finance Pvt Ltd - an NBFC engaged in Small Business Loans (LAP and Unsecured Business Loans) to Micro Enterprises. Mr. Pundir received a management degree from Indian Institute of Management, Bangalore, and an engineering degree from the University of Roorkee. 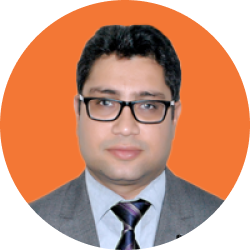 In his last role he was the Business Head for MSME & Agri lending at Utkarsh Small Finance Bank. At Bajaj Finance he conceptualised and established the financial institutions lending business. He brings to the table hardcore business development & execution skills and an unique perspective on the rural economy having worked at AMUL & IWMI in his prior stints. He also has a keen interest in technological innovations impacting financial services and inclusive finance specifically and will drive adoptions of these at Sindhuja.

Malkit is an alumnus of Regional Institute of Education, Bhubaneswar & Institute of Rural Management, Anand (IRMA). 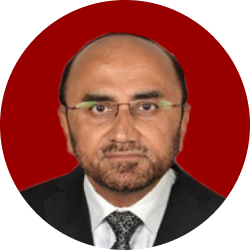 Sandeep was Group CIO at Access Bank, a dominant Nigerian and pan African bank. He was President & Chief Technology Officer for Reliance Capital Ltd. He led transformation in RCap in Virtualization, Mobility, Cloud Computing & Business Intelligence. Sandeep began his career with the State Bank of India. He then worked for Tata Unisys as consultant for banking technology for offshore development centers and product development. He later worked with Oracle Financial Software, a world leader in banking ERP systems as senior consultant for global pre-sales and implementations. Sandeep became Regional Technology Head of Deutsche Bank for Asia and saw the bank through its crucial Y2K phase and key implementation of cash management systems. He subsequently joined GE Capital as India CIO & took over as Global CIO of Genpact, India's largest BPO/ITES company. He led the critical IT Migration of Genpact from GE after its divestment.

Sandeep has an MBA in Finance from JBIMS, Mumbai University, a diploma in Digital Strategies for Business from Columbia Business School and certification in Artificial Intelligence, Design Thinking from MIT Sloan. 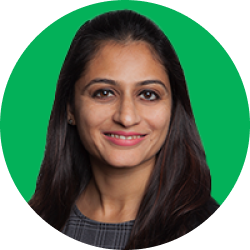 Smriti Chandra runs NMI’s Indian office. Prior to joining NMI, she was a co-founder of a boutique Investment Banking outfit – First League Ventures – based out of New Delhi, for 3 years, focused on supporting start-up companies in M&A and raising seed to Series A venture capital funds across technology and consumer sectors. She has also worked at E&Y for over 10 years where she served clients in multiple sectors with a focus on transaction advisory services, including investment banking (M&A and private equity fund raising), financial due diligence and bid advisory services. 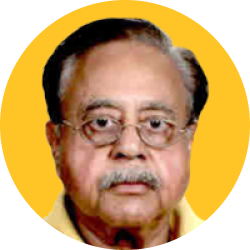 Post retirement from the Police Service, he has worked with the biggest private crude oil production company CAIRN ENERGY INDIA for a period of 5 years as Head of Security & Chief Advisor designing & implementing extensive initiatives of securing all the assets of the company spread all along India.

His area of specialization includes Field Intelligence, Economic and Criminal International Investigations and Security Audits. He retired in January, 2010 from the government services as the Special Director General of Police, CRPF. In his last posting in Bihar, he served as Addl. Director General CID & Crime looking after all major crimes including economic offences etc.

He has been awarded PM's medal for meritorious service and the President's medal for Distinguished service amongst other distinctions.